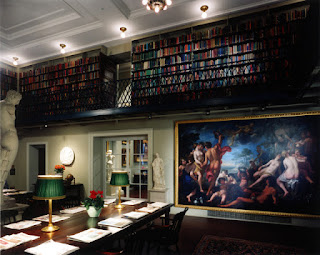 Ed. Note: Every fifth week the Mad Historian reviews a work of fiction, usually from a series of science-fiction or fantasy novels. Even a Mad Historian needs a break from reality!

In his sequel to the best selling Game of Thrones, Martin continues the Song of Ice and Fire. Five kings vie for the Iron Throne and plunge the continent into a brawling civil war that wrecks the kingdom. Daenarys Targaryen searches for safety for her followers as well as a means to take back her father’s kingdom with her three dragons. The Night’s Watch seeks to find what is occurring beyond the Wall as Winter comes closer to the land. Chaos reigns as kings clash.

For me, this book was the one that sold me on the series. I had been watching the TV series, but following the characters of Tyrion and Arya in the book hooked me. Those two have to survive by their wits as they lack the physical strength and political power to dominate others. In many ways they are the two best characters in the series. The fact that they survive all five of the books published as of yet also gives them some credibility as survivors. They also seem to be the characters that experience the most personal growth. I will say Jaimie Lannister seems to as well although not in this volume.

Whereas the first volume of the series set the stage and introduced the characters, Clash of Kings is the book that explores the early months of war when uncertainty dominated the landscape. This is the book that hooks most readers for the long haul. It is definitely not high fantasy, but grounded in reality albeit with dragons and magic. Additional characters introduced in this volume such as Tywin Lannister and Bronn really add color to the series. I think the best characters in the series are the ones that play minor roles. Martin takes pains to make them seem real as opposed to featureless literary props that show up and die in the appropriate spots. It gives the series depth and adds a high degree of color to the pages. (Bronn is my favorite character in the TV show).

If anything, this book has even more adult content in it. Blood drips from every page. Profane men stalk the pages taking what they want from helpless men, women, and children. Rape is a common occurrence which has alienated some readers, but is in keeping with historical events in our own world. Martin is definitely not writing Young Adult fantasy here. Instead, his work tends to echo events of our own past which should make readers inquire as to just how romantic our past was. Chivalry did not exist for the most part and it is in scant supply in Martin’s world.

Martin’s style of writing continues to be a main driving force. His TV background is very evident with the short POV chapters and I really think that is a major reason why the series has been so successful. I do think the book is a bit long, but then again it definitely delivers a powerful punch. He could easily have written 500 more pages, but then that would have slowed down the storyline and dragged out the events beyond a comfortable point. In any event, Martin delivers an outstanding entry to the series. Fans will not be disappointed with the results.
Posted by Xathos at 4:45 PM