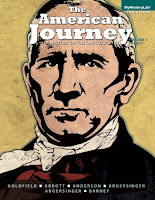 I have a feeling some of my students are about to get a rude awakening. We will be launching the second half of the US History survey course this fall for students at my campus. I am not sure when the last time the course was offered at this particular campus. We see a huge number of students take the first survey course, but very few take the second one. I am hoping that after a few rotations with the flipped classroom we will see some changes in this, but time will tell. 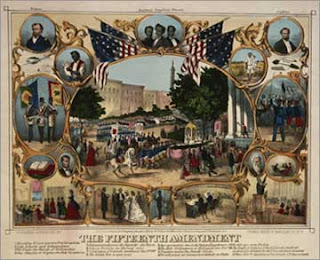 I am going to launch the course with a double lesson plan on Reconstruction. This is available for coverage in the first survey course, but judging by conversations with my fellow instructors few of us actually cover it in depth. Time is always an issue with teaching the survey courses and invariably there is always a weather cancellation or something else that swipes one to two class dates away. That leaves Reconstruction with less time for analysis and it needs a deep analysis. Most instructors don’t cover the period for assessment purposes and that pretty much eliminates any chance students will pay attention to the lesson if there is even one held. 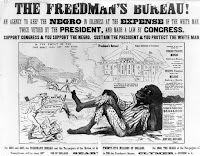 So with that in mind, I decided to include Reconstruction. So much of our history goes through Reconstruction. In fact, the national arguments over the meaning of the confederate battle flag and memorials are tied directly to this period. It is also the sesquicentennial of the period and in my opinion is the least known period of American history. Actually, the entire period from the end of the Civil War to WWI is probably a vacant mental picture for most Americans. Most will not know anything from this period or even that the Gilded Age took place in it. Judging by the people who think that racism only recently became a problem in this country, I’d say the period needs to be brought up in depth.

This is the period that the lost cause people are able to take advantage of people’s ignorance and twist information to support their myths. Many are adherents of the Dunning School which postulates that Reconstruction was a failure because it violated republicanism by taking the right to vote or hold office from southern whites. This is part of the foundation of white supremacy in America. I tend to agree with Eric Foner that Reconstruction did not fail so much as it was left uncompleted, partially dismantled, and left for almost a century before the nation picked up the principles and completed it as part of the Civil Rights Era. 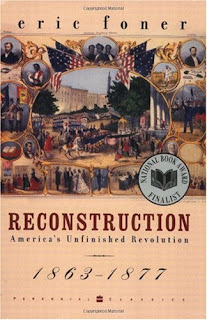 To be fair, modern historians have several competing interpretations of it, but I will be following Eric Foner’s view. I took all three of his classes via EdX and was quite impressed with his work. I also read through his book on the subject which merely convinced me even more that he was on the right track. I think it is somehow appropriate that Foner has helped revolutionize the interpretation on Reconstruction since he teaches at Columbia which is where Dunning developed his views a century ago.

I love what Foner says about the enforcement of the Constitution in the Civil Rights Era. He says no constitutional changes were needed in the Civil Rights Era other than the poll tax. Government just needed to enforce the existing laws which had been made in the Reconstruction period. Now this ties in with his views with Reconstruction as the Second American Revolution. A revolution is about changing the existing structure in a fundamental and radical way. Reconstruction was about changing the structure of America as to include black Americans as equal members. It met with great resistance in the South where white supremacy united the various classes of whites and generated the lost cause myth development as a reaction to this revolution.

It did not fail so much as sputter to an end because the federal government chose not to enforce the laws it had created to enact that revolution. Only when better men came along did the reins of Reconstruction get picked up again and this time borne to completion. Unfortunately, there are plenty of lesser men and women with us today that would like to roll back the gains made in this revolution and restore white supremacy. Hopefully, my class will be one that helps my students develop an interpretation of the period that reflects the Foner views.
Posted by Xathos at 5:42 PM