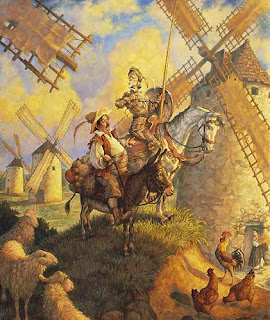 The Lies of Texas

There are few things that anger me more than someone who uses their position to lie about history in order to push their ideology on people. The officials at the Texas Education Agency are doing just that. These lying weasels are trying to change history regarding the Civil War to further their political agenda. The new history textbooks that will be forced upon the K-12 school system will not mention Jim Crow laws, the Ku Klux Klan, or the primary role of slavery as the cause of the Civil War. In other words, they are basically going to try to convince people that something other than slavery caused the Civil War which is pure BS.

Instead the demagogues are going to try to insist that sectionalism and state's rights caused the Civil War. That is an outright lie. When primary sources are used to show what happened, the ones that show slavery was the cause are to be ignored. You can call it what you want, but it is nothing more than a lie. The declarations of secession clearly state the reason for secession. Those documents are to be ignored. The Cornerstone speech is to be ignored.

For years Texas has had a major impact on school textbooks due to its size. When they made a new textbook, the publishers generally used it in many other states. This is no longer the case. Thanks to the incredible attempts to indoctrinate children with historical lies, the textbook publishers have now switched to producing different versions because other states refuse to lie to their children like the Texas education officials are doing. 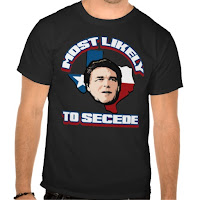 This is nothing new in Texas. Officials there lie all the time. After all, their former governor, Rick Perry, stated that secession was legal which makes you wonder where he got his education. In 2010, the Texas Board of Education approved textbooks that questioned the Founding Fathers' ideas on secular government. A Baptist minister named David Barton was heavily involved in that decision. Barton likes to pass himself off as a historian, but he has been caught lying on all kinds of things, not just history. He is definitely not a historian. 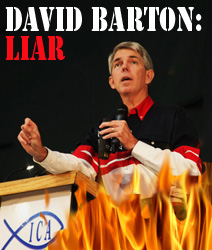 Politics played a major role in that 2010 choice just as it is today. It is pretty obvious that officials in Texas want to brainwash children. Let's see, what other places are known for doing that in the past? Hmm, does the Soviet Union or Nazi Germany come to mind? Japan has altered its role in WWII in its textbooks for years. Just recently, the role of slavery as the cause of the Civil War has been in the news due to the use of the Confederate battle flag as a symbol of racism in America. Those who want to keep flying that flag almost all believe that something other than slavery caused the Civil War.

Their ignorance is appalling, but when you do some research it becomes pretty clear why they share a mass delusion. They want to believe that their ancestors fought over something besides slavery despite their ancestors own writings that clearly show that slavery was the cause of the war. At the same time, many of these same people think that secession is constitutional. Many also identify as conservative and conflate modern political ideology with that of the Civil War which is clearly nothing more than presentism writ large. These people also have a problem with understanding that the slave holders in the South caused their own demise by starting that war. 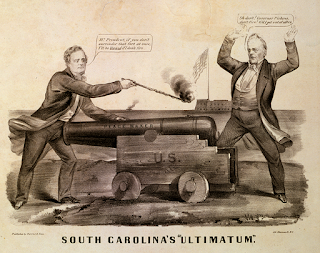 Fortunately, the officials in Texas do not control higher education although some would like to. The kids from Texas who go to college will encounter a different history, one based on actual facts instead of lies. Unfortunately, far too many will grow up having been taught a lie unless their history teachers ignore the polemic textbooks and teach what actually happened. I certainly hope they do. I also hope that the people of Texas can overcome the lies their officials are trying to pass off as facts. The Culture Wars are alive and well in Texas.