Charles B. Dew. Apostles of Disunion: Southern Secession Commissioners and the Causes of the Civil War. Charlottesville: University of Virginia Press, 2001. x + 124 pp. 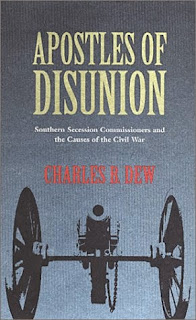 Historians have been debating the cause of the American Civil War since before the guns fell silent to end that conflict. Multiple theories have been proposed and examined, but regardless of the theory, the issue of slavery cannot be ignored. With the advances in historiography in that era’s history, examinations of the primary sources from that period have been emphasized. Charles Dew, a Southerner himself who described his background as one that embraced the notion of state’s rights as being the cause of the Civil War, explained how his research involving primary documents in Confederate records brought up documents that challenged what he had been told about the war and its cause, and that inspired him to look at the subject to determine the answer for himself.

The result was a study into the letters and speeches of the secession commissioners from the first states that seceded to the remaining slave owning states in the attempt to form a new nation. Dew’s analysis of those documents revealed what was said about the reasons for secession by leading figures of the South and the secession commissioners. The study served as the reason he wrote Apostles of Disunion where he presented both the primary documents he examined and his conclusions. The result is a concise assessment of the secession commissioners themselves and their beliefs, what they wrote and said concerning the issue of secession both privately and publicly, the reactions to their words by their audiences, and the conclusions Dew drew from his research. 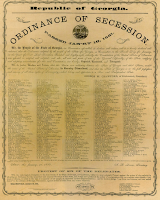 Instead of trying to speak for the commissioners, Dew chose to let their words and actions speak for themselves. He detailed the personal history of each commissioner as well as the context of the situation in the various states the commissioners spoke in. This gave the words of these commissioners a setting in which they could be understood for what they were instead of just words on paper. Dew drew attention to the rhetoric of slavery and race which were prominently mentioned multiple times in each address to the secession conventions. This was a sharp contrast to long held views by some that the war was not about slavery or race, but that of state’s rights, economic differences, or constitutional arguments. Dew pointed out that while the commissioners did bring up those points, they did not place the emphasis on those points while they spoke at length about slavery and race. 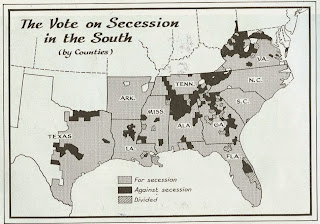 He also described the reactions to the commissioner’s addresses from both individuals and newspapers which also focused on the issues of race and slavery stated by the commissioners, and not on any other issue. Dew’s major drawback is that he did not explore the conventions or the makeup of the delegates beyond that of a cursory examination. In many cases the commissioner’s speeches were merely exhortations to openly receptive audiences while others failed to sway their audiences into outright secession although in some instances the speeches may have caused some delegates to finally side with secession.

The result is a slim tome in which Dew was able to show that the fear of slavery’s elimination as well as racial equality was the primary cause of the war because that was what those commissioners focused on in those speeches. In doing so Dew was able to fill in a gap in the historiography of the months prior to the war by limiting the book’s topic to that of the secession commissioners and their own words which speak for themselves as to why secession was desired by many in the South. 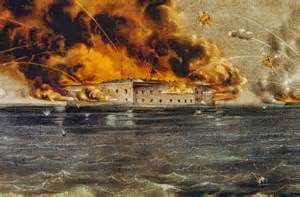