The Civil War and Reconstruction with Eric Foner 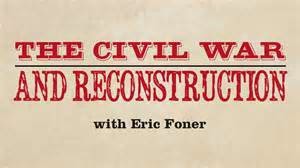 On Tuesday I finished up the final exam of a Massive Open Online Course (MOOC) and I wanted to share this particular course with my audience. To begin, this was the third course of a three course XSeries on EdX. It is part of the ColumbiaX system and was titled The Civil War and Reconstruction. All three courses were developed around Professor Eric Foner’s own course at Columbia University. The courses covered the time periods 1850—1861, 1861-1865, and 1865-1890. These were created around Foner’s final time of teaching this particular course as he winds down his illustrious career as a historian and educator.

In case you do not know who I am speaking of, here is the information section on him from
ColumbiaX: 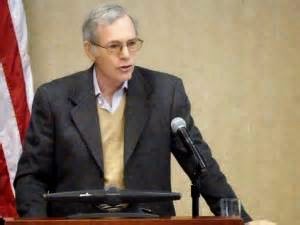 Eric Foner, DeWitt Clinton Professor of History at Columbia University, is one of the most prominent historians in the United States. He is one of only two persons to serve as president of the three major professional organizations: the American Historical Association, Organization of American Historians, and Society of American Historians. His most recent book, Gateway To Freedom: The Hidden History of the Underground Railroad, is available wherever books are sold.
Professor Foner is the author or editor of over twenty books. His publications have concentrated on the intersections of intellectual, political and social history and the history of American race relations. His most recent book The Fiery Trial: Abraham Lincoln and American Slavery (2010), was awarded the Bancroft Prize, Pulitzer Prize for History, and The Lincoln Prize. He is also the author of Give Me Liberty: An American History, a widely-used survey textbook of U. S. history published by W. W. Norton and Co. Additionally, he is the recipient of the Presidential Award for Outstanding Teaching from Columbia University. As co-curator of two award-winning historical exhibitions, and through frequent appearances in newspapers and magazines and on radio and television discussion programs, he has also endeavored to bring historical knowledge to a broad public outside the university.

This series began on September 17, 2014 with Dr. Foner rolling out the first lectures and questions. The first course was ten weeks in length and dealt with the Antebellum period of American History. We covered the Compromise of 1850, the Kansas-Nebraska Act, the politics of the era, the economics of slavery and industrialism, popular sovereignty, Bleeding Kansas, Dred Scott, John Brown, and many more people, events, and groups during this journey. Discussion posts got quite lively as you can imagine. Champions of the Lost Cause made their appearance in the first few weeks, but succumbed to the onslaught of facts. 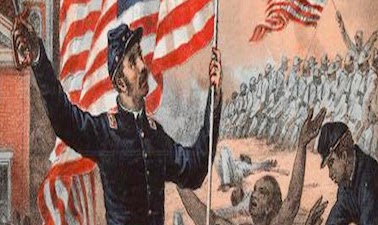 These discussions also surprisingly featured active participation from Eric Foner and the teaching assistants. These assistants were Foner’s grad students at Columbia. Unlike other MOOCs I’ve taken, this crew was all over the boards directing the discussion. I found this to be simply outstanding as it made the difference between chaotic boards and factual based conversations. The aforementioned Lost Causers were not happy that their myths were exploded in their faces as Foner and the staff rained down facts upon them. I personally was delighted. Only a few dedicated diehards stuck through the first course and only one that I know of made it through all three. His attempts to insert modern politics into the past were amusing though repetitive this last eight months.

The second and third courses covered the Civil War itself and the Reconstruction era. Reconstruction is one of the most misunderstood periods of American History and my grasp of it was nowhere near as good as it needed to be. This course took care of that. I really hope that as we move through the next two decades historians will press the factual history of Reconstruction and eradicate the fiction that has surrounded it for a century. I plan to make this period an integral part of this fall’s American History from 1865 course because of the way Reconstruction affected most aspects of our history.

The second course ran eight weeks from December 1st to February 20th and the third one nine weeks from February 25th until now. It has been a long and rewarding eight months. The chance to study with a master historian like Eric Foner comes along rarely. To take this particular series with him in this, the last time he taught this course in his career was a once in a lifetime opportunity. I am working on my doctoral study and courses at Walden University along with developing and teaching three courses in Hannibal for Moberly Area Community College and working a part time job. Yet, I made a commitment to take these courses because it was literally a once-in-a-lifetime event. My conversations with Eric Foner are cherished memories. Without these courses I would not have had that opportunity.

At the end of the final lecture Foner’s students stood and applauded him. It was an emotional event for all involved including me. (Click the video and go to 8:45) I too stood and applauded with them. As a history teacher I aspire to be a good instructor so that my students learn from me. Not only did I learn about Reconstruction and reinforce my knowledge of the Civil War and its cause, but I got a chance to watch a master historian at work. While Foner used the short lecture method, his delivery was engaging and kept the audience’s attention. These were not dry, routine lectures, but ones where he was constantly noting how pieces of the past that were being discussed had applications in the present.

I may not lecture much in most of my classes as I use a flipped teaching method now, but on the occasions where I have to lecture; Foner is a model to emulate. I do not know when my last class will be given, but I am aspiring to be as good as Eric Foner was in this series by then. I hope that is two and maybe even three decades from now. Time will tell eventually. For those of you who are interested in this time period, EdX will be offering these courses as archived materials. MOOCs are not college equivalent learning, but for those who are self-disciplined and willing to learn with no supervision, they are excellent modes of information transmission. This particular series was by far the best I have taken and I once again am grateful for the opportunity. I will now hide EdX and Coursera course openings from my eyes until I finish the doctoral study! Unless of course Gordon Wood teaches one… 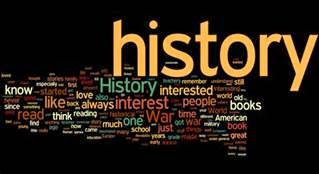